When the first Descendants movie came out, we were so excited to see it. It was full of musical fun and some really memorable characters. The songs and scenes stayed in our heads for days. We even watched the movie over and over again because we just could not get enough. I knew that we just had to see Descendants 2 when it was released. We just had to watch and my family fell in love all over again. 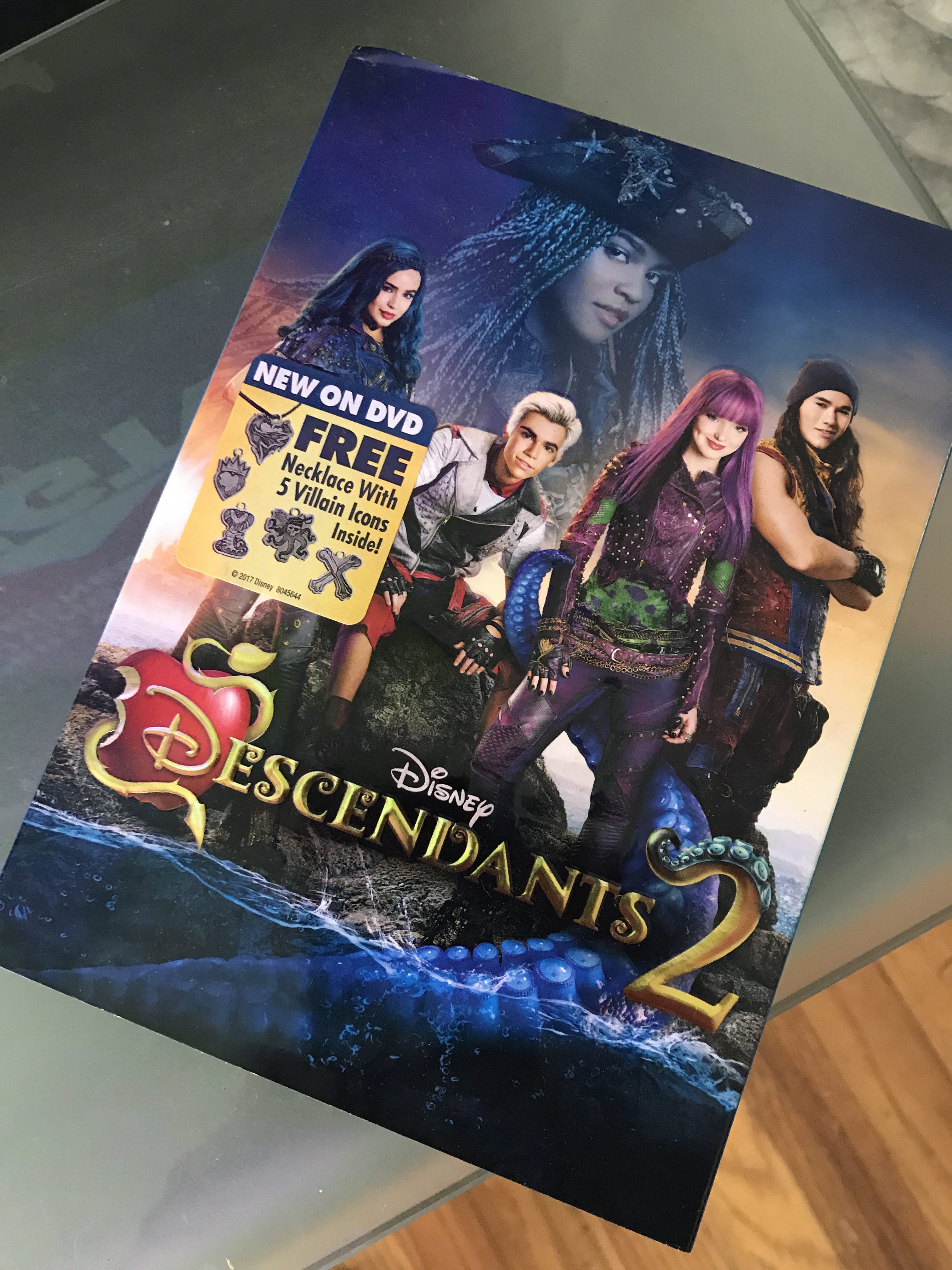 The characters have grown up some and are facing new challenges. The movie is so fun to follow as they go through typical life scenarios. Mal has all sorts of new responsibilities now that she moved to Auradon. She still has her relationship with Ben, who is king, but feels like it is all too much for her. Mal has not really settled in with her new role in the royal family. The other characters are having a bit better of a time in this movie. Jay has definitely taken to his new shining athletic spot in their new home. Evie has also opened up with her love of fashion. Carlos continues to pine for Fairy Godmother's child, Jane. The movie does have some romantic effects especially since Mal and Ben are working through their quarrels of their relationship. You always hope for happy endings in these types of things.

Mal travels back to the Isle of the Lost. She needs to do some thinking, but Ben, Carlos, Evie, and Jay, want her to come back home.

We meet some new characters this time around from the Isle of the Lost, like Ursula's daughter, Uma. She runs a gang of pirates along with Hook's son. Trouble comes when Uma finds out that not only has Mal come back to the Ilse but so has Ben.

The first movie drove some great moral examples home and the second movie delivers these as well.  Mal, Evie, Jay, and Carlos have always been positive examples that you need to live your life by your own moral compass no matter where you come from.

I am really in love with the strong female roles that Descendants 2 has to offer. Being a mother of young girls, it is great to empower them any way that we can. Even though the sequel is a bit darker than the first installment, the movie still delivers on the story line.

Musical sequences are so much fun! Learning the words to the songs in both this movie and the first has been a blast. My kids loved them just as much as they did in the first movie. Even if you were not a huge fan of the first one, you and your family will love where Descendants 2 is going with the plot. There is even talk of a third installment! This live action movie full of song and dance is fun for the whole family. You will have these songs stuck in your head for a while! That's a good thing in this case. Trust me.

🎉 it’s time to get excited because In 30 seco

I love how cute and EASY this Christmas tree craft