I received complimentary tickets to view the Pequot Museum and Research Center. All thoughts are my own.

I have always had a fascination with the Native Americans. All of them. I remember when I was very little learning that my father was a (extremely) small part Cherokee and that was it. I wanted to know everything. As I grew, my desire to learn covered all Native Americans. When my husband and I planned a trip up to Foxwoods Resort in Mashantucket, we knew we wanted to visit the  Mashantucket Pequot Museum and Research Center.

The Mashantucket Pequot Museum is the World’s Largest Native American Museum. The museum lets you take a journey through 20,000 years of Native and natural history. There are immersive and engaging experiences that appeal to all ages. There are life-size walk-through dioramas that take you right back into the world that Native Americans lived in, with Native American contemporary arts and cultures, two libraries, including one for children, that offer a wide selection of materials on the histories and cultures of all Native peoples of the United States and Canada. 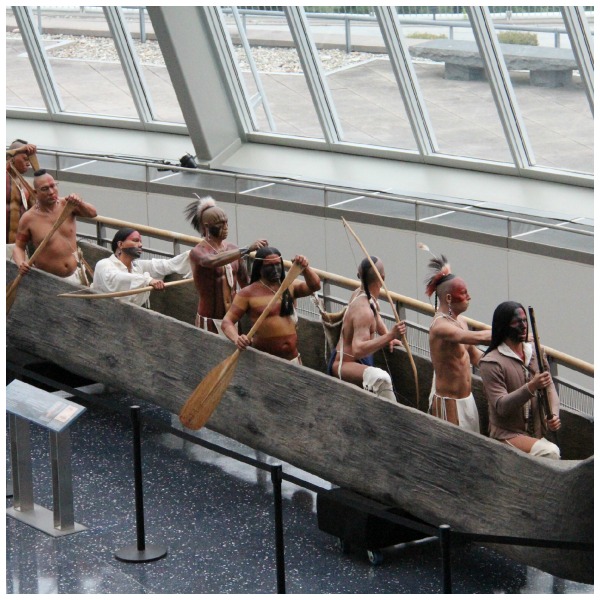 When you first enter the museum you come into a room that features 2 large canoes with several Pequot tribe memebers riding away from their village. It represents after the tribe was confronted by the colonist. In this depiction they are leaving for safety. The canoes are made from birch wood and the statues are made from molds of actual Native Americans that have a relationship with the museum, although not all are Pequot. The detail that the artist was able to capture in each statue is amazing, all the down to veins. 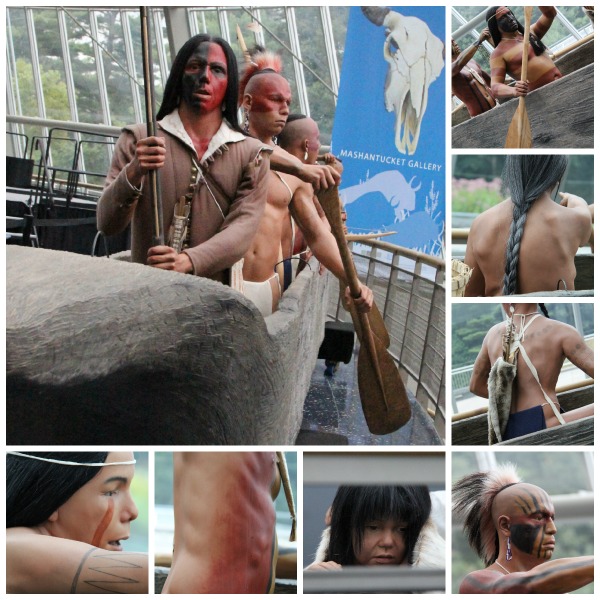 It is this room you can truly see all of the natural wood and materials at work. The room is round, because most of the homes and buildings in the Pequot villages were round. Everything was natural in their villages so the museum tries to incorporate as much only natural material as possible. Even in places that visitors might not see. 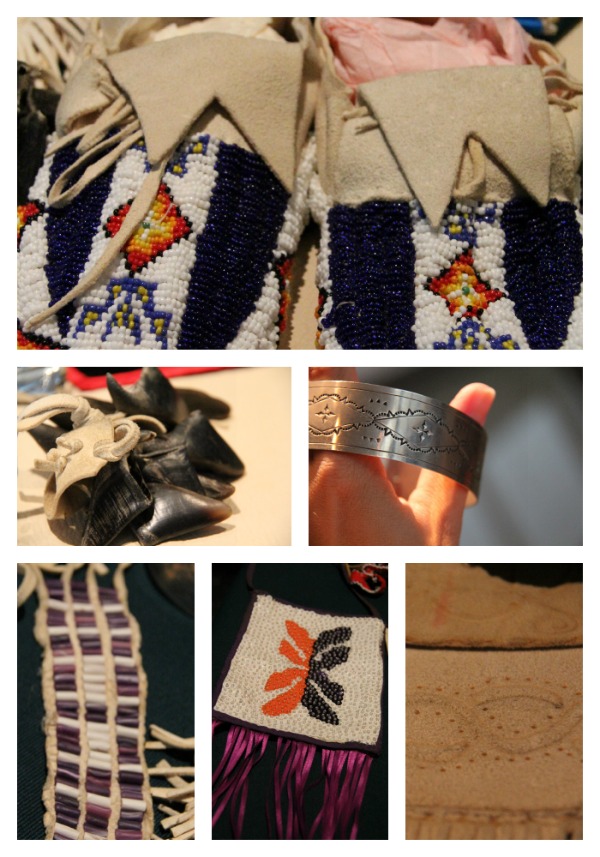 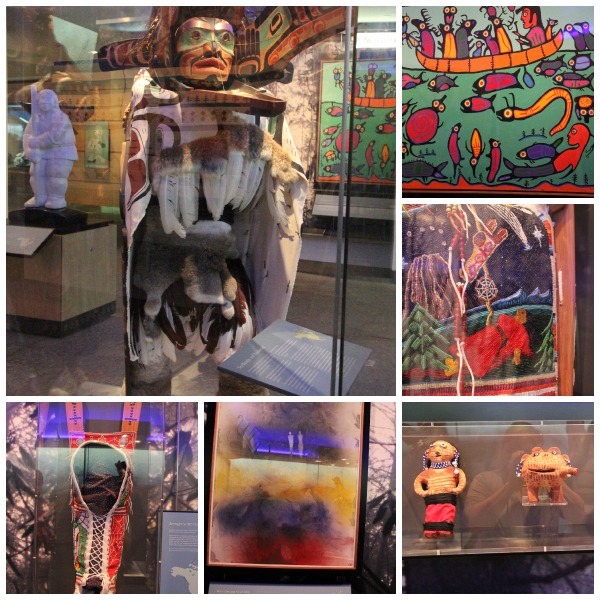 From there you go into the beginning. Not the beginning of the museum, the beginning of time. This room is all about what different tribes believe is the beginning of their people. Tribes each believe something different because they were separated across the lands. As you see each exhibit and learn each one, you can a theme that slightly resemble each other but also very different. There is also a movie that lasts about 20 minutes with elders from different tribes telling the story of how their world began. One person said it perfectly, that even though the stories are different, it isn’t that they believe that someone else’s story is wrong. It is just different because that is how their tribe members were born.  Many of the story tellers speak in their native language and then translate or someone else translates. Listening to them tell the stories is beautiful. 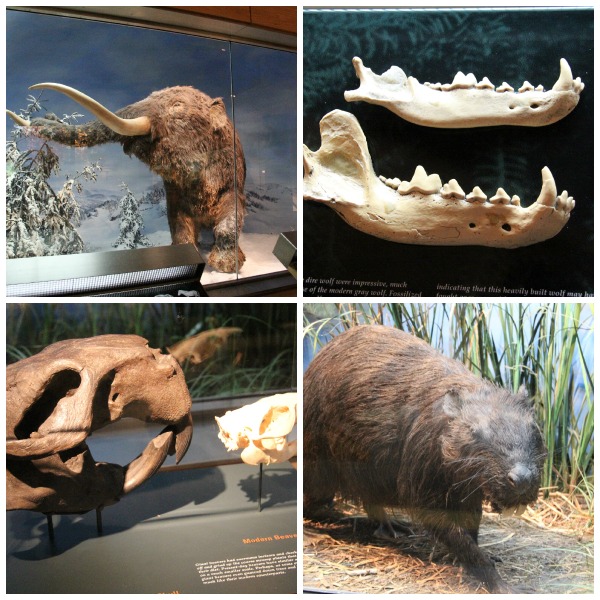 After learning how the world was created, you are transported into an ice age, complete with life-like prehistoric animals and actual bones and fossils. There are beautiful wolves that would have been roaming the area at the time. The realism isn’t translated as well in the photos as it is in person. 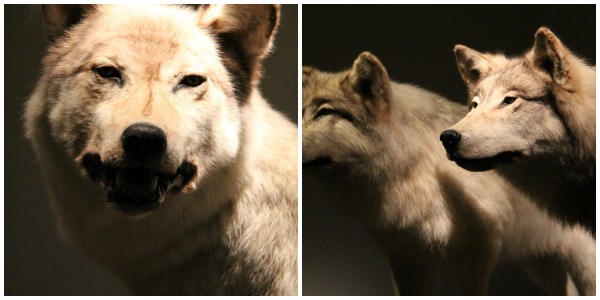 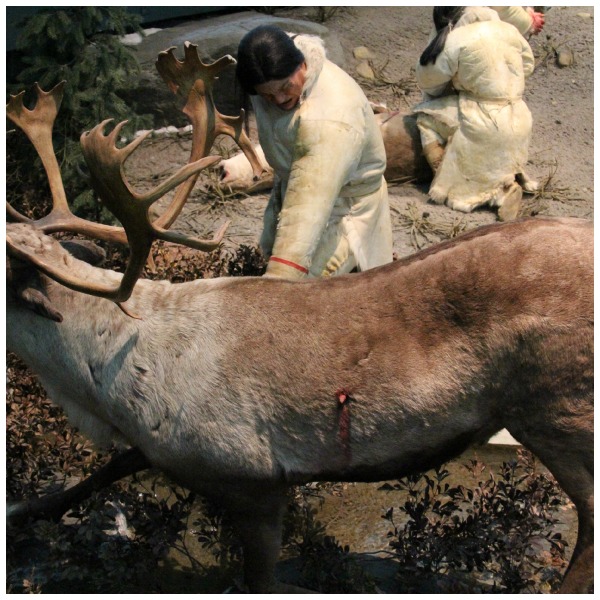 The tribe would use the hides for clothing and there is even a place to slide your arm into a a sleeve to get the feel of what it was like. As you travel around the diorama, there are buttons to press to listen to descriptions of the scene. 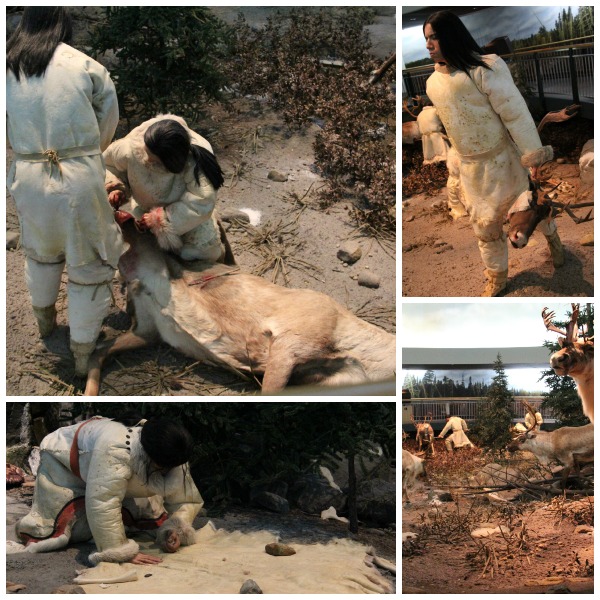 There are several smaller exhibits and more movies to enjoy, before you move on to the Pequot village. Before entering the village,  you stop and get a pair of head phones and a special device that you enter the number of the exhibit you are at and you can hear what is going on in the scene. 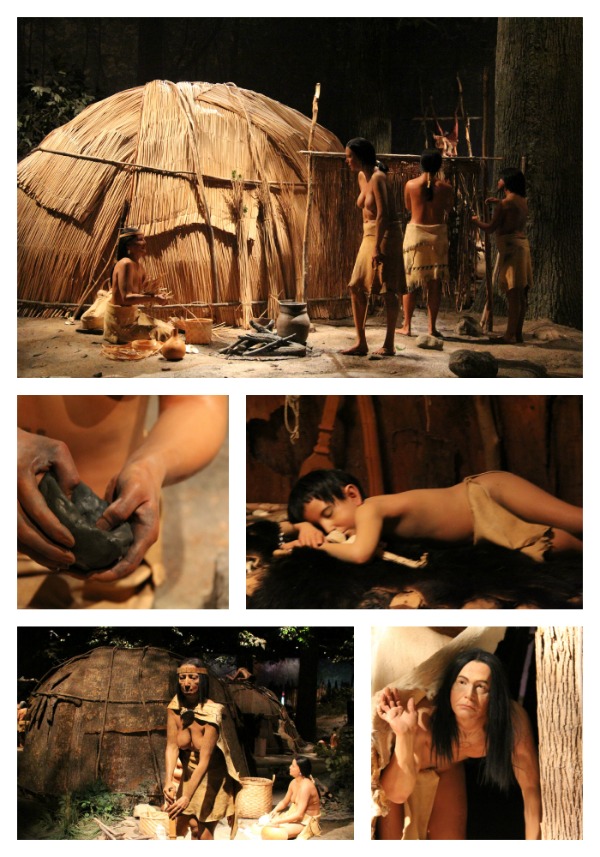 The detail in each scene is amazing. Through out the village there are over 20 stops and each section is featuring a different activity that would be normal in a village. After listening to the first “story” you then have the option to expand each story. Maybe it is learning more about the farming that they would have been doing or what they would do with the fish that they have caught. I still feel like the realism falls short in the pictures because it is unnerving how real the people look. 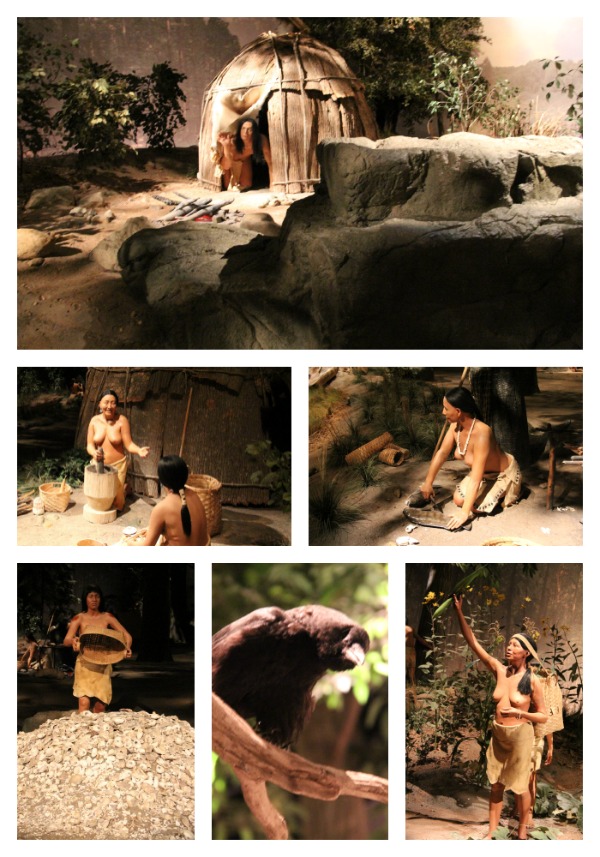 I could have spent all day just in the village alone. I was completely in awe by everything that I saw. Once I finally moved on from the village, there is a section of how the Pequots fought for their reservation and to secure the land. At first, many of them had trouble getting houses on the reservation because of the funds, so they used mobile homes and old rv type homes. But they still had trouble getting the homes onto the reservation. This area depicts the move towards making their reservation home.

When we decided to visit the museum, we thought it would be an hour trip and that it would be fascinating.  We spent over 3 hours in the museum and could have easily have spent even longer. If you are in Connecticut, traveling through the Mashantucket area, or looking for a truly immersive way to learn about Native American, you need to visit the Mashanticket Museum and Research Center. There also have fun events and festivals, so be sure to check out the website, or sign up for the newsletter (link below), to see what is going on.

Connect with the Pequot Museum:

« Planning A Family Holiday To Lapland This Christmas
You Ate What at School? What you should know about school lunch »