Cleveland, Ohio has absolutely something for everyone of all ages to enjoy. Whether it be wildlife to some history, there is something for all to experience. I know that Ohio has always been a favorite of mine when I travel and so sharing all that you can do in the different cities and towns is always such a pleasure. And believe me, there are a lot of things to do in Cleveland. Getting the most out of your experience in a place is so important! Also, have a reliable car is important. Stop at Groganstowne Chrysler Dodge to check out the inventory. 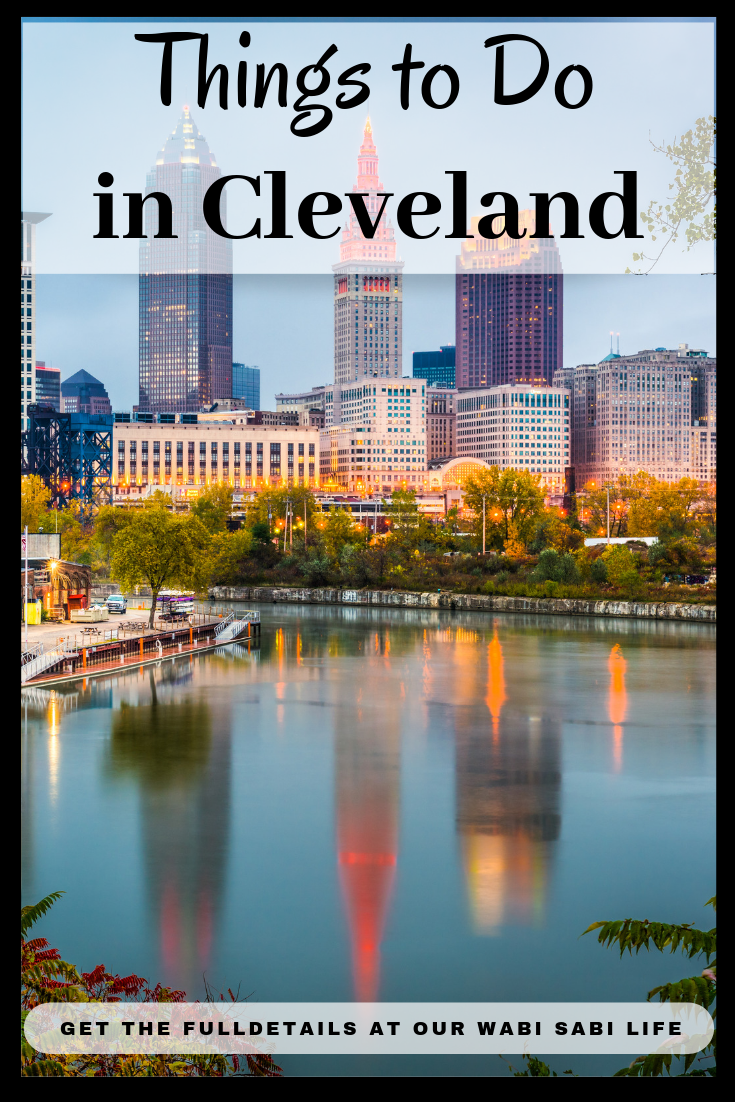 Things to do in Cleveland

Whenever you visit somewhere like the Rock & Roll Hall of Fame anywhere, debates will happen. The same will happen when you visit the one in Cleveland. This hall opened in 1995 but you may be wondering, why in the world it would open here. You may not know about a lot of the hall of famers that come straight out of Cleveland:

Cleveland DJ Alan Freed is credited with coining the term “rock ‘n’ roll” on his integrated radio show in 1951. Cleveland is credited with holding the country’s first official rock ‘n’ roll concert, a 1952 throwdown that would ultimately be shut down for overcrowding and rioting. Fourteen years later, the same thing would happen at a legendary Beatles show at Cleveland’s famed Public Hall.

Cleveland’s legendary radio station WMMS-FM is credited with helping to launch the careers of some of rock’s biggest names, including David Bowie, Bruce Springsteen, and Fleetwood Mac.

You will get to experience memorabilia from a lot of the greats including John Lennon. The Rock Hall offers special concert events as well including a summertime outdoor concert series

Northeast Ohio’s destination for young children to learn through play with interactive exhibits in an environment designed to excite, enrich and inspire is the Children’s Museum.

The Children’s Museum of Cleveland gives children a place and the tools to write their own script and discover their own adventures through interactive exhibits and programs. There are so many open-ended learning activities that give each child a chance to be creative, experiment and communicate – which builds skills for them in the future.

The museum is a historic mansion that has undergone a revamp and so what was old is now new. There are so many things to experience such as Adventure City and The Wonder Labs. You are even able to bring your own lunch so that if you are making a day out of it the kids can eat in the cafeteria right in the mansion.

Since 1930, the Cleveland Botanical Garden has existed as a lush, beautiful and peaceful urban sanctuary in University Circle. This is the perfect spot to take back some of the time that is spent during the hustle of everyday life. This area was once the Cleveland Zoo. This was originally called the Cleveland garden Center and was the first of its kind in the US.

The Eleanor Armstrong Smith glasshouse is beautiful and has the best of two worlds from one-half Madagascar and the other a Costa Rican Rainforest.

Outside, walk the grounds and take in the CBG’s Japanese, herb, rose, and topiary gardens. Kids helped design the outdoor Hershey Children’s Garden, perhaps explaining its popularity. There’s a treehouse, hidden paths winding through tall grass, and a splash pad fountain. Many of the plants in this area attract native caterpillars, butterflies, and birds, so there’s a good chance for close encounters.

The Cleveland Metroparks Zoo is a 183-acre indoor and outdoor facility that is home to more than 3,000 animals. The zoo has seven main exhibits, including a five-acre elephant crossing, an eight-acre Australian habitat, and an African savannah.

The zoo has one of the largest primate collections in all of North America. Here you’ll find gorillas, new world monkeys, lemurs, and orangutans. And the zoo is not only for the warmer weather, but there are also plenty of exhibits that are open in the cooler weather and have heated areas.

We all went to some sort of museum of natural history when we were in school. Well why not experience the one in Cleveland?!  You’ll see rotating temporary exhibits all year long and a permanent collection that includes a cast of “Lucy,” our 3.2 million-year-old human ancestor, a full-sized replica of a T-Rex and the 70-foot-long, 14-foot-tall skeleton of “Happy,” the oldest sauropod on display in the world.

Steggie, the iconic, full-sized Stegosaurus sculpture that has guarded the gates for more than 50 years, is pretty hard to miss. The original Steggie was created by the same sculptors who were commissioned to make life-size dinosaur sculptures for the 1964 World’s Fair in New York.

There are so many events that happen here throughout the year and even night time events. You will have to check the calendar to see what will be available during your trip. It is going to be something that will never be forgotten!

The Greater Cleveland Aquarium is like no other that you might have seen before.  You will be able to watch sharks being fed, jellyfish glowing in the dark and so much more. There are lots of hands-on learning stations here, so all minds- young and old- will have something to stimulate their senses.

The aquarium is located inside The Powerhouse, a brick landmark that once generated electric power for Cleveland’s streetcar lines and remains a lasting visual tribute to Cleveland’s industrial past.

There will be so many things to see from saltwater animals to stingrays.

A 230,000-gallon “SeaTube” houses sharks, stingrays, moray eels and salt-water fish that swim above and alongside visitors walking through a 175-foot enclosed tunnel. There are also daily public feedings that, at least three times a week, include the sharks. Other events happen during the overnight and night time hours, so just check the local calendar for when you are going to be making your trip.