Apple cider old fashioned cocktail is a classic drink that’s perfect for fall. It’s made with apple cider, bourbon whiskey, and bitters. The flavor of the cider balances out the sweetness of the sugar in this drink.

Instagram is one of my favorite places to be. Join us as we share our Perfectly Imperfect Life with recipes, crafts, parenting, and fun! Be sure to check out our stories for real-time fun!

When it comes to fall, I am all about the apple flavors. This fall cocktail is perfect for a twist on a classic Old Fashioned Cocktail. Unlike the tradition, this drink is diluted. The bourbon and bitters are mixed in with the apple cider cocktail creates an incredible flavorful drink.

Just like a traditional old fashioned there is sugar (or simple syrup), bourbon whiskey, and bitters . Since this cocktail has cider in it, It adds sweetness as well as flavor to the drink. This makes it the perfect fall cocktail that’s great for any party!

An old fashioned cocktail is a type of cocktail called an Old Fashioned. This classic cocktail is made with bourbon whiskey, sugar or simple syrup, bitters, and garnishes. A garnish can be anything from apple slices to orange wedges depending on the drink itself. The drink can be changed up with a variety of flavors and in this case it is combined with cider. This adds flavor and it decreased the intense flavor of the Old Fashion.

Why Is It Called an Old-Fashioned?

The Old Fashioned was created in America in the 19th century. It’s a classic drink that was served in American bars for many years and still is today. The name of this cocktail is believed to be from the early 1900s. According to research, Kentucky dubbed this cocktail as “Old-Fashioned” after serving it during a sporting event. Due to its popularity, other areas started serving Old Fashioneds too.

How Strong Is the Old-Fashioned?

When it comes to a traditional old fashion. This is considered a strong drink. It is made with bourbon and there is nothing to dilute the alcohol. Bourbon tends to pack more of a punch for less alcohol. However, with this drink, I am adding cider. This decrease the potency of the drink and makes it less strong. It also makes it easier to grab a second.

What Type Of Liquor Should Be Used for an Apple Cider Old Fashioned Cocktail?

Bitters are flavoring agents that are used in cocktails. Bitters were extremely popular during the late 19th century to early 20th century and they fell out of popularity for quite a few years. Now, bitters have made their way back into bars again. This cocktail uses apple bitters to give off an intense flavor.

For this cocktail, I recommend using apple bitters due to the apple flavor of apple cider. Most bitters are an herbal-based mixture and apple bitters give off a strong apple flavoring. If you want more flavor, you can use apple bitters instead of regular ones. To make this drink even stronger, sliced apples or peels can be placed in each glass before adding bourbon whiskey and other ingredients.

If you do not have apple bitters or just don’t want to use them simply use whatever bitters you have. Orange bitters will also pair nicely.

I am actually using maple syrup in this cocktail. That is because it pairs so well with the fall flavors. However in a traditional old fashioned there is an argument for using sugar or simply syrup. For a traditionalist, you have to use sugar. However, man people do not like that the sugar might not dissolve all the way so they like to use simple syrup.

Can I Use Apple Juice Instead?

You can substitute the cider for apple juice. This will give you a drink that has less apple flavor.

What Else Can I Use

You can also substitute the cider for an apple flavored beer or apple brandy. You can also add these things if you want to make the drink stronger.

How to Garnish This Drink

You can use apple wedges, orange slices, cherries and cinnamon sticks. If you want to be make it look even fancier, you can do strips of peel dipped in sugar.

Can I Serve it Hot

While this apple cider cocktail is served cold, you can serve it hot. You would heat the cider with the other ingredients and then you will add the bourbon. Then you serve this cocktail in a mug rather than a glass.

I have mentioned a few things that you can change during this post. Some of them are things like changing the cider for juice. Also, you can add things like apple brandy or beer in order to make this drink stronger, since a traditional old fashioned is considered a strong drink and this one is diluted. Another possible change to this recipe is to decrease the amount of apple cider or increase the amount of bourbon. I have heard some people say that the drink doesn’t have enough of the classic kick. In that case you can decrease the cider in half to give this a bit of a stronger kick or increase the bourbon for the same effect.

How Many Points are in This Cocktail

While all cocktails come with a significant amount of points, they can be had, especially when you are using your weeklies. This cocktail comes in at 7 points when you make it exactly as the recipe calls for. You can reduce it to 6 points if you use sugar free maple syrup.

Have you joined our Weight Watchers Facebook Group? Free recipes and support. Perfect for everyone!

Want to Weight Watchers for almost free? Get a Year’s Membership for the Price of a Month – Learn More About Healthi – Use Code Coach_DebiMurray to save 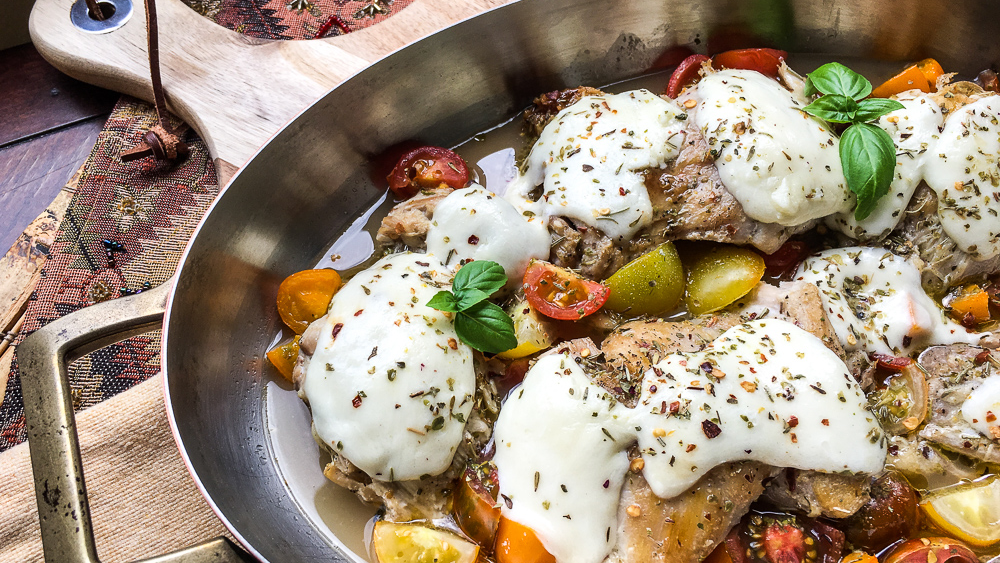 Want 7 days of healthy recipes the whole family will love? Get Instant Access

Pour the cocktail over ice in a 8oz glass

Need more ideas and help to stay on track with Weight Watchers? 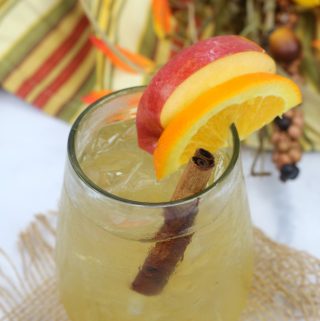